Most of the swine flu stories are about the epidemic winding down, and not being as bad as feared.Â  Maybe.Â  If you ask the numbers (or better yet, the graphs) –

Still pretty impressive.Â  In the rightmost pediatric mortality spike, purple is confirmed H1N1 deaths, and green is untyped.Â  Deaths from flu strains other than H1N1 are at 1 to 2 per week.

Several troubling developments lately.Â  I went to my home town, Lvov, in Ukraine, a few months ago, for the first time after 34 years, 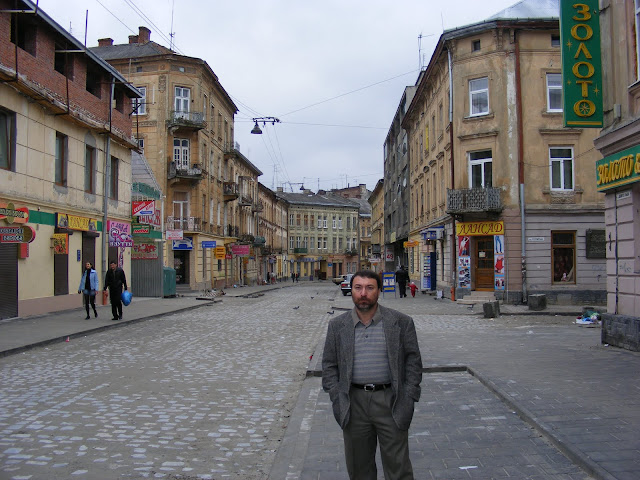 and shortly after I left, the Polish-Ukrainian border was closed because of a then-unknown epidemic of a deadly infection in Western Ukraine.Â  Shortly thereafter, the epidemic was identified as a somewhat mutated H1N1 swine flu, the mutations making it somewhat less sensitive to Tamiflu, more likely to produce “cytokine storm” leading to rapidly progressive hemorrhagic pneumonia, and an antigen drift making H1N1 flu vaccine somewhat less effective for that strain.

The news isn’t all bad.Â  Our experience in previous years showed that (a) even a slightly mismatched injectable vaccine is better than nothing, (b) a slightly mismatched live nasal vaccineÂ  is nearly as effective as a full-match vaccine, (c) clinically, even patients who became ill during epidemics with Tamiflu-resistant strains responded to Tamiflu reasonably well, (d) most of the cases are still caused by the “old” strain, Tamiflu-sensitive and matching the vaccine, (e) there is still plenty of vaccine available, EXCEPT for the under-2 year olds (we ran out of that, at this point), (f) there do not seem to be repeat cases of H1N1 infection in people who already had it, making it yet more likely that the vaccines will work against the mutated strain.

I did a count of H1N1 doses already given out this year.Â  It’s over 1400 since October 14 2009, with no serious adverse effects, and so far I know of 2 cases of confirmed flu in H1N1 vaccine recipients, neither infection causing complications.Â  That’s pretty good, as we are seeing between 1 and 5 confirmed cases of flu a day for the last month.Â Â  Too early for a statistical inference (odds ratio in vaccinated vs unvaccinated individuals), but looks good so far.

Way back when (late April 2009), in the Fox News interview, I mentioned that many infections are more severe in Native Americans, possibly accounting for higher flu mortality in Mexico.Â  ThisÂ  has now been confirmed.Â  The CDC also now recommends more widespread use of Tamiflu in H1N1 patients, which is something we had been practicing all along.

We still recommend Vitamins A and D supplementation; elderberry extracts have been tested in test tubes and appear to slow down flu virus replication (though no human studies have confirmed this), but it’s worth a try.Â  And, of course, handwashing, “Dracula Cough”, and staying out of crowds.

And get your flu vaccine — H1N1 now, seasonal flu later.